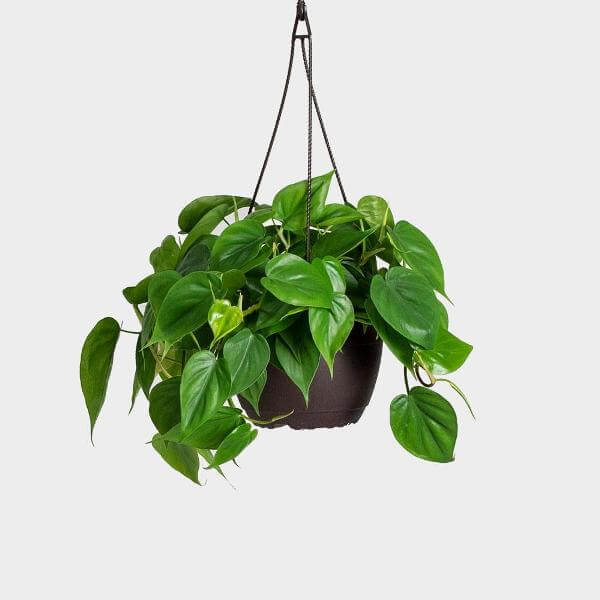 Heart Leaf Philodendron (Philodendron cordatum) is an evergreen, ornamental houseplant. It has long, climbing stems, generally with short internodes. Leaves can be rather large in the wild but are often only a 2-4 inch heart-shaped leaves under interior conditions. Philodendron cordatum is one of the best air-filtering plants that remove airborne toxins such as formaldehyde, benzene, and trichloroethylene from the atmosphere. These plants are poisonous. Keep away from children and pets. It is ideally used as a hanging plant or table plant and also perfect for planting in dish gardens or terrariums. 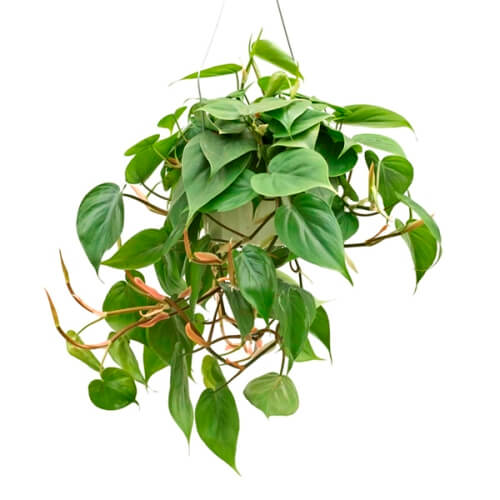 Soil:
It grows well in moist but well-drained, sandy soil. Use a soil-based potting mix.

Water:
Water your plant regularly during the growing season and always keep the soil evenly moist but not soggy. You can allow the topsoil to become slightly dry between each watering. During the winter months, reduce watering. Yellow leaves are caused by overwatering.

Fertilizer:
Fertilize every month from spring through fall with a balanced liquid fertilizer diluted by half.

Pruning:
It is important to keep the long vines pruned so that the plant continues to look full and not leggy. Always pinch after a leaf node. A new stem will grow from that node.

Re-potting:
Re-pot your plant every two years, in spring or early summer. Utilize a container with drainage holes to prevent root rot.

Propagation:
It can be easily propagated by stem cuttings. Take stem tip cuttings in spring or early summer. Be sure the stem cutting has several nubs on it. Nubs are the little bumps where the leaves meet the stem. It roots easily in water or moist soil.

Pests and Diseases:
There is no serious pest or disease problems. They are susceptible to attacks by aphids, spider mites, mealybugs, and scale. Leaf spots may occur. Root rot can occur in overly moist soils.