Philodendron Moonlight is an evergreen shrub-like tropical indoor plant with a low clumping growth habit. It has light-green foliage with the new leaves opening up in a bright yellow-green chartreuse color. It occasionally produces white spadix with a pink to red spathe. Flowers may last four weeks or longer. Philodendron filter airborne toxins such as such as formaldehyde, benzene, and trichloroethylene from the atmosphere. Philodendron Moonlight plants are considered poisonous and should be kept away from pets and children. 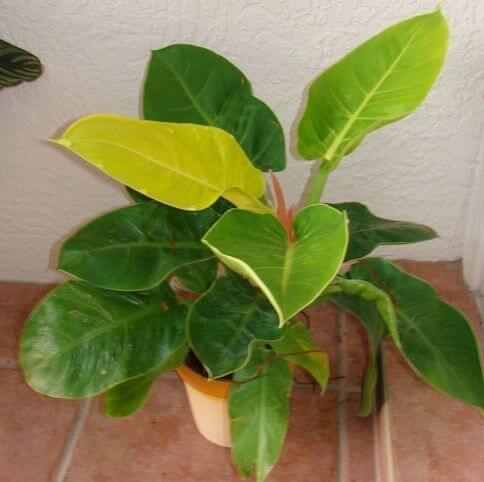 How to grow and maintain Philodendron Moonlight:

Water:
Water your plant regularly during the growing season and always keep the soil evenly moist but never allow your plant to sit in water. You can allow the topsoil to become slightly dry between each watering. During the winter months, reduce watering.

Fertilizer:
Fertilize the plant with a slow-release fertilizer during spring and a liquid-based fertilizer every two to four weeks during the warmer months, take care to dilute your solution to half the recommended dose to avoid burn.

Re-potting:
Re-pot the plant every spring into pots one size bigger until they are in the largest convenient pot size.

Propagation:
It can be easily propagated by offshoots, stem cuttings or by air layering or use tissue cultures.

Pests and Diseases:
There is no serious pest or disease problems. They are susceptible to attacks by mealy bugs and aphids.

18
No Result
View All Result