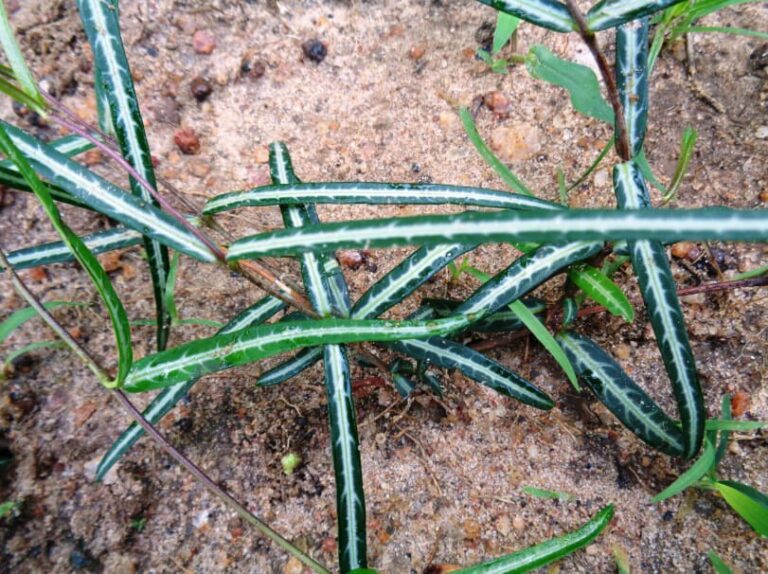 Hemidesmus indicus is a perennial, fast-growing thin creeper vine that twining on shrubs and trees. The leaves are simple, opposite, variable, elliptic-oblong to linear-lanceolate, variegated, and white above and silvery-white pubescent beneath. The stems stiffen and become woody over time, and the bark varies in color from dark red to rust to brown. Roots are woody and fragrant. The blooms are greenish purple, crowded in axillary cymes in small compact clusters. Fruits are paired, cylindrical, pointed, and slender. The seeds are white and covered in tiny silvery white hairs. Blossoming is usually sparse and occurs in October, while fruits mature in January. 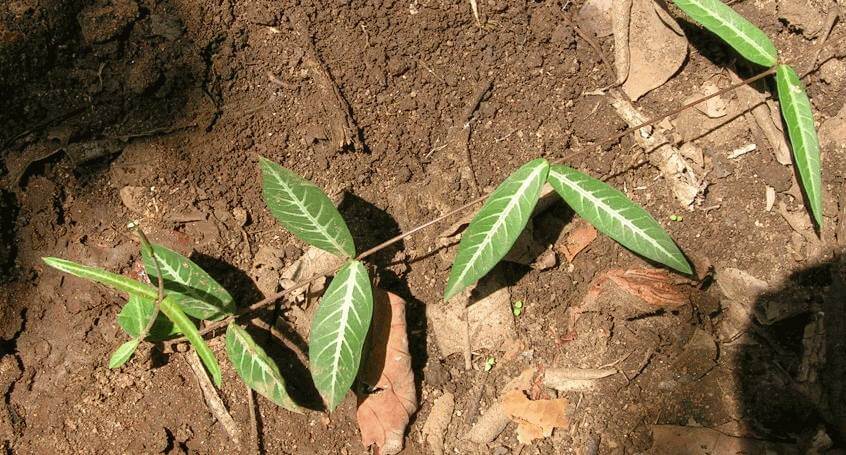 How to grow and maintain Hemidesmus indicus:

Soil:
It grows well in loam to silt-clay loam soils with appropriate humus. The soil should be slightly alkaline with a pH of 7.5–8.5.

Water:
Water regularly, during the growing season. Keep soil constantly moist but never water-logged. Overwatering can cause root rot and kill the plant. During the winter season, reduce watering and only water the plant when the top inch soil to dry out between watering.

Propagation:
It can be easily propagated from seed, stem and rootstock cuttings obtained from more than one-year-old plants. Rootstock cuttings have better sprouting and survival rates than stem cuttings.