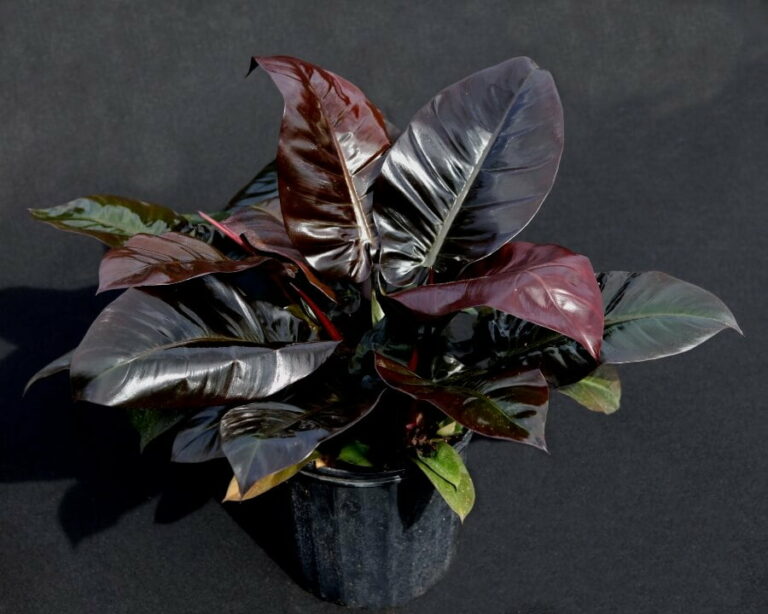 Philodendron Black Cardinal is an excellent ornamental indoor plant. It has beautiful glossy bronze and blackish green color leaves with lush foliage. The leaves are broadly oval or truly lance-shaped, emerging light orange or bronze. They slowly mature to a deeper, truly dark green with an inclination to almost black, and oldest leaves on the lowest part of the plant darkest and dullest. Blossoms can arise during the warm months at any time, being a blackish-red, cloak-like wrapping spathe around a white, finger-like spadix.

It filter airborne toxins such as formaldehyde, benzene, xylene, ammonia and trichloroethylene from the atmosphere. But they are poisonous if ingested. Keep away from pets and children. 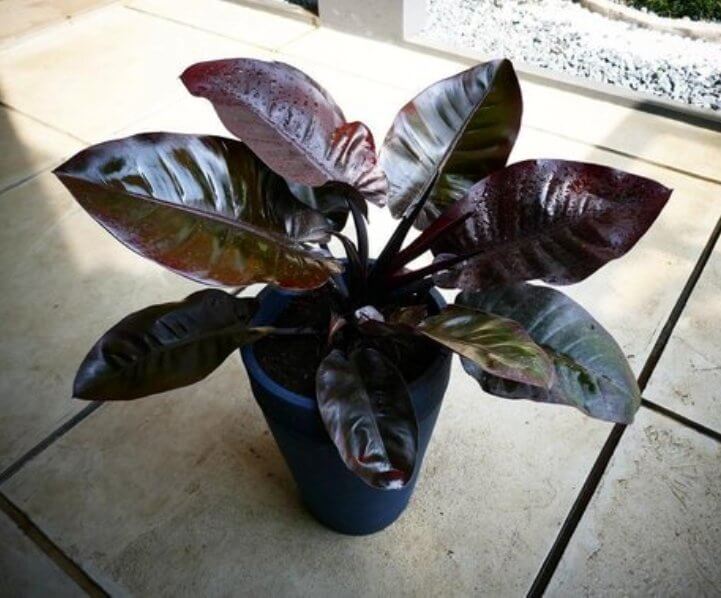 How to care and grow Philodendron Black Cardinal Plant?

Water your plant regularly during the growing season and always keep the soil evenly moist but never allow your plant to sit in water. You can allow the topsoil to become slightly dry between each watering. During the winter months, reduce watering.

Fertilize the plant with a slow-release fertilizer during spring and a liquid-based fertilizer every two to four weeks during the warmer months, take care to dilute your solution to half the recommended dose to avoid burn.

Re-pot the plant every spring into pots one size bigger until they are in the largest convenient pot size.

Black Cardinal plant can be easily propagated by offshoots, stem cuttings or by air layering or use tissue cultures.

There is no serious pest or disease problems. They are susceptible to attacks by mealy bugs and aphids.